With the General Election just weeks away, please share this video and vote in the election.

Voting won’t overthrow the neo-liberal establishment, but it is a fantastic Tory-removing mechanism.

The Others, Stoke Newington

“This Revolution Is Not Complete” on BBC 6 Music

You can listen to the show here.

It’s available on iPlayer until the end of the month. They play a bit fast and loose with the idea of “riot grrrl” but it’s well worth a listen with some amazing tunes all round.

Massive thanks to everyone who requested our songs, particularly our musical buddy Maki Yamazaki / Dr Carmilla (whose tweet was read out on the show) and riot grrrl legends Lucid Nation. A shout out also to Grim Dylan, the other underground Midlands band whose music was played – they’ve just released an album and it’s really good.

If you wanna hear loads more awesome feminist punk bands, you should have a peek at our UK Riot Grrrl page!

“Balls” featured in the Advocate!

We’re featured in a really cool article in the Advocate – 37 Alternative ‘Trans Anthems’ by Trans Musicians.

It’s pretty amazing to have “Balls” listed alongside awesome songs from the likes of CN Lester, Against Me!, Coyote Grace, Athens Boys Choir, The Cliks and so many more. Thanks to Mya Adriene Byrne and Mitch Kellaway for the mention! 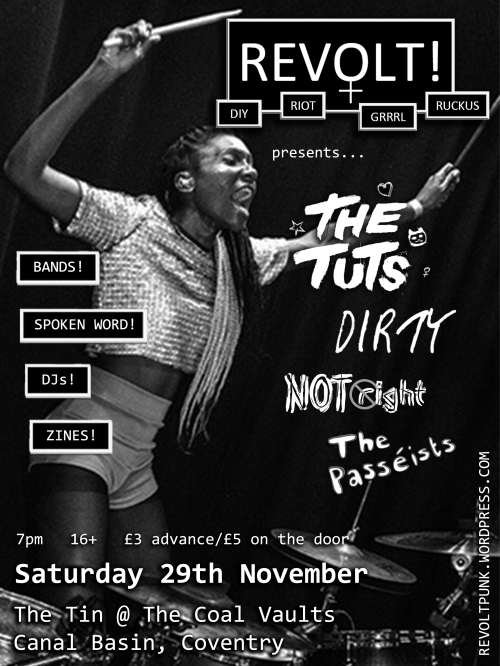 We’re playing Revolt again! As ever, it’s going to be amazing.

This time around, we’ll be sharing a stage with The Tuts, Dirty and The Passéists, as well as a bunch of awesome DJs and spoken word performers.

We’re holding a launch party for Your Turn on the day the album is released – Saturday 11th October. The gig will be in the basement of Robbins’ Well, Leamington Spa. We’ve invited We Are A Communist, Deathsex Bloodbath and Huffy to share the stage with us.

There is a Facebook event page for the gig here.

YOUR TURN – out Saturday 11th October

On Saturday 11th October we’ll be releasing our debut album! Recorded earlier this year in Leamington’s Complete Sound Studio, Your Turn is a massive step-up from our first EP – so much so that we’ve re-recorded all five songs from Punk Is Not, along with seven more of our tunes.

Your Turn will be available on CD and in digital format. You can pre-order it from our Bandcamp page.

WEAPONS OF CONSTRUCTION – out now!

The second compilation of the summer! You can download our new song Freedom of Speech for free as part of this unrelenting collection of cool punk songs from US-based feminist DIY label Stickshift Recordings.

Freedom of Speech will also feature on our forthcoming album, Your Turn – more on that soon…!

I KNOW WHY THE CAGED GRRRL SINGS – available to pre-order!

Our song The Lead Role will be released *exclusively* on the Riots Not Diets compilation I Know Why The Caged Grrrl Sings on 1st July 2014.

It’ll be available as a digital album, and as a blue 12″ record with A3 zine, insert and download code.

There are a whole host of other ridiculously cool bands on this compilation who have also played Riots Not Diets events in Brighton.

You can pre-order it right now for a mere £6 (or more, if you’d like to contribute to the workings of a lovely DIY label). 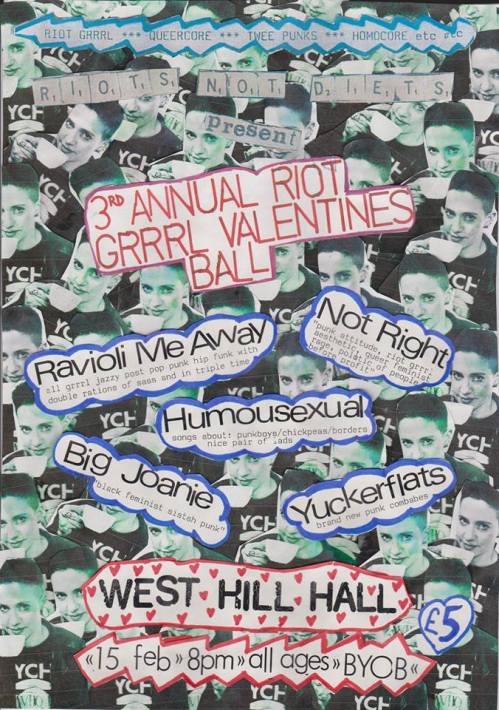