We’re playing up and down the country (sort of) this summer…here’s where you can catch us!

The gig will be a fundraiser for anti-FGM charity Daughters of Eve. Obviously this is a ridiculously important cause so if you’re in the area you should totally drop by. 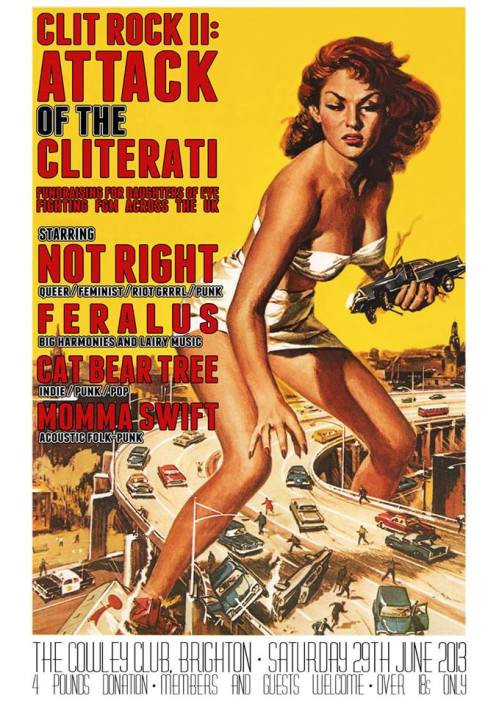 On Sunday 28th July we’re playing a queer/riot grrrl all-dayer at Wharf Chambers in Leeds. There is a MASSIVE line-up of AWESOME QUEER/GRRRL BANDS including Mancunian electro-punk legends (hooker), pop-punk/ska lovers Jesus & His Judgemental Father, and several totally cool groups who are flying over from the USA. It’s gonna blow your shit.

…aaaaaand finally (for now) on Saturday 17th August we’re gonna be playing for UK Feminista for their Summer School at The Lounge in Selly Oak, Birmingham. Basically, if you go to the Summer School (a weekend of feminist workshops) you can see us play! Hurrah.